The Can Can Awards continues to grow as an industry reference for canned beer with last years’ participation including over 450 submissions from around the globe. “We are seeing such increased interest from the beer community year over year that we’re making some exciting changes for our 4th Can Can Awards,” Riggs said. Those changes include:

·      Increasing the number of beer style categories a brewery can compete in from 47 to 150, primarily defined by the most recent BJCP style guide.

·      Offering an optional supplemental competition that will involve the judging of Beer Can Artwork, Logo Design, and Beer Name by marketing, design, and industry experts. Breweries will be able to include any of their submitted canned beers to this competition for a minimal charge. All proceeds from this add-on competition will be donated to a local organization that specializes in affordable housing for single parents in need.

·      Adding a third day of judging as well as spreading the judging session out over a two weekend period. Also increasing the number of participating judges, due to the anticipated increase submissions.

Judging will take place July 9th – 11th (and if needed, July 16th – 18th) at Hop City Craft Beer & Wine located in the Historic West End in Atlanta, Georgia. Breweries from around the are invited to participate. Registration is open now until July 2nd and cost is $49.00 per submission, with no limit on number of submissions allowed. Additional information, registration, and judging applications can all be found at www.cancanawards.com.

The Can Can Awards attempts to disrupt the beverage industry by elevating the conversation and to speed up the adoption of canned craft beer. There are still some beer styles that are seen as “not good for cans” and that should not be the case. It is our sincere hope that a can-only competition can help make a dent in that perception over time.

The Can Can Awards accomplishes this by inviting BJCP and Cicerone- certified Judges, as well as beer industry professionals, to blindly sample canned beers submitted from breweries and brewpubs around the world. Each beer is submitted to a specific category. Beers are assigned to Judges with specific and applicable experience with the particular category in question. The Judges Panel sips submitted beers and interprets each through detailed scoring in order to award Gold, Silver, and Bronze medals to the three beers that best represent each individual style category of beers. Judges are never able to judge their own products or any products with any relation to them.

Not only are cans better for the beer, they are much better for the environment. Even if recyclability is removed from the equation, cost of shipping and transport is much cheaper due to taking up less room and weigh, requiring fewer trucks and less fuel. In this growing world of craft beer where the number of out-of-state and out-of-country breweries distributing is only increasing, mitigating the impact of transportation on the environment is a huge reason to advocate for cans. 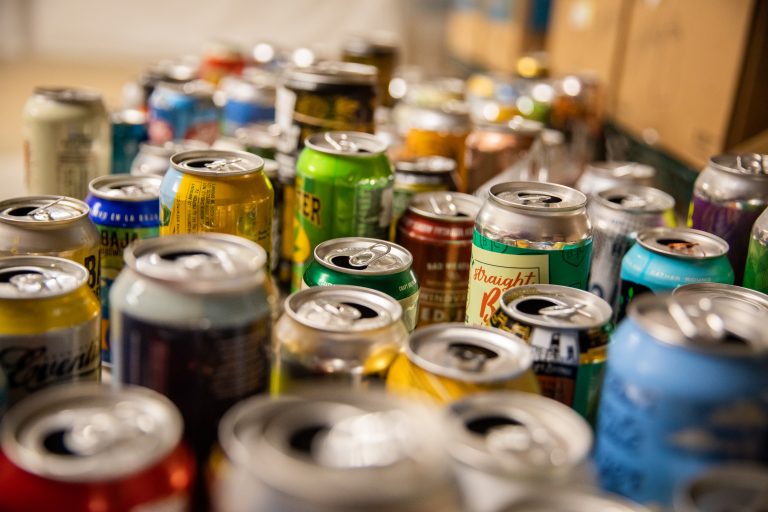